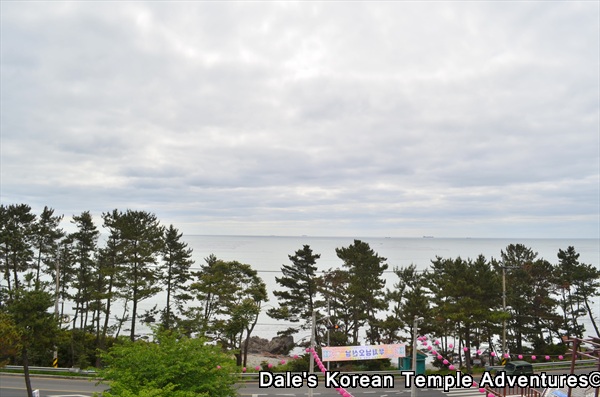 The beautiful neighbouring ocean as seen from Haedong Seongchuisa Temple in Gijang, Busan.

Having already visited a couple of other temple’s by the sea in Gijang like Haegwangsa Temple and the famous Haedong Yonggungsa Temple, I thought I would push my luck and see what Haedong Seongchuisa Temple had to offer. However, I think I might have stretched my luck with this temple.

When you first arrive at Haedong Seongchuisa Temple (해도성취사), you’ll be greeted by a beautiful view of the neighbouring ocean in front of you. While not right on the ocean, it has some beautiful views of the ocean from about a 200 metre distance.

The first thing to greet you is a rather interesting traditional drum shaped bathroom at the temple. Up the slight embankment, you’ll be greeted by the monks’ dorms to the right, as well as the bell pavilion that’s housed in the same cluster of buildings. Interestingly, and on top of the bell pavilion, is a stoic statue of Jijang-bosal (The Bodhisattva of the Afterlife). He is holding a golden staff, and you can get some of the most impressive views of the neighbouring ocean from this vantage point.

Further up the embankment, and straight ahead, is the large sized two-storied main hall at Haedong Seongchuisa Temple. On the first floor, as is rather customary for smaller sized temples like this one, is the temple kitchen and visitors’ centre. As for the second floor, there are beautiful Palsang-do paintings around the exterior of the main hall. The artist that painted these murals is also the same artist that painted Guryongsa Temple in Busan and Garamsa Temple in Yangsan. He’s probably my favourite Palsang-do artist, and yet I’m not sure who he is. As for the interior of the main hall, it is rather simple in design and layout. On the main altar sits Seokgamoni-bul (The Historical Buddha). He is joined by Yaksayore-bul (The Medicine Buddha) on the right and Amita-bul (The Buddha of the Western Paradise) on the left. The interior of the hall is covered wall-to-wall by various smaller sized Buddha and Bodhisattva statues. On the far left wall is the guardian painting, and at the base of some of the walls are medium-sized statues like the statue of Gwanseeum-bosal (The Bodhisattva of Compassion) on the right wall with a swirling rainbow of colours at his back.

The more interesting features of the temple, however, lay outside of the main hall. To the left rear of the main hall is a golden statue of Gwanseeum-bosal. Even though this statue is rather cheap looking in composition and design, it is surrounded by some of the more impressive paintings of the twelve zodiac signs. They are painted by the very same artist that painted the Palsang-do paintings around the main hall.

To the right of the courtyard that houses this large golden Bodhisattva are two of the more interesting Sanshin-gaks and Yongwang-dangs I’ve seen in all of Korea. The shrine halls look like a bad looking make-shift army hall. It’s made out of plaster that’s been painted black and placed between two large shrubs. Inside the first shrine hall, the Sanshin-gak, is a large sized granite statue of Sanshin (The Mountain Spirit). He is backed by a beautifully rendered painting of himself. As for the second shrine hall, the Yongwang-dang, the first thing you’ll notice as you approach are two haunting golden eyes penetrating through the darkness. As you get a bit closer, you’ll realize that these set of eyes are coming from a statue of Yongwang (The Dragon King). In front of him trickles a small stream that flows into a shallow pond. To the left of Yongwang is a painting of Chilseong (The Seven Stars). And in front of this painting is a stone marker that suggests just how auspicious the land is where the temple sits.

HOW TO GET THERE: Get off at Gochon Subway Station, line 4, stop #413. You’ll need to walk out exit number 4. From there, go straight for about 5 to 10 minutes until you get to the bus station. Take bus #188. You’ll need to take this bus for 32 stops, or about one hour. Get off at the Onjeong bus stop and walk for about 7 minutes (400 metres) to get to Haedong Seongchuisa Temple.

OVERALL RATING: 5/10. I have to admit, after seeing a few pictures online, I was expecting a bit more from this temple. However, the nearness to the neighbouring ocean, the traditional drum bathroom, and the military black plaster Sanshin-gak and Yongwang-dang are definitely the highlights to this temple. 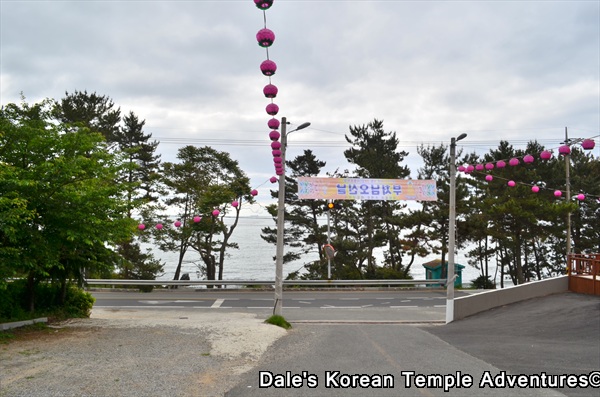 A pretty nice view from the temple parking lot. 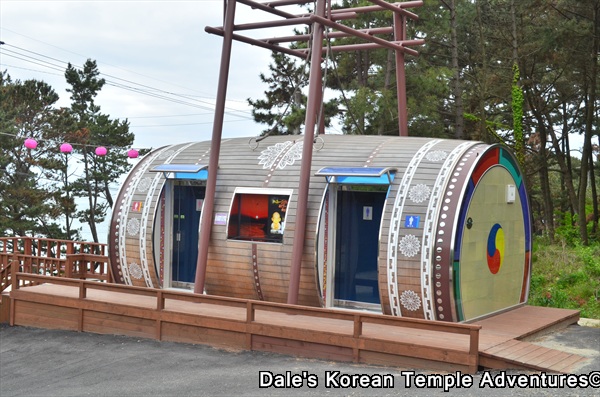 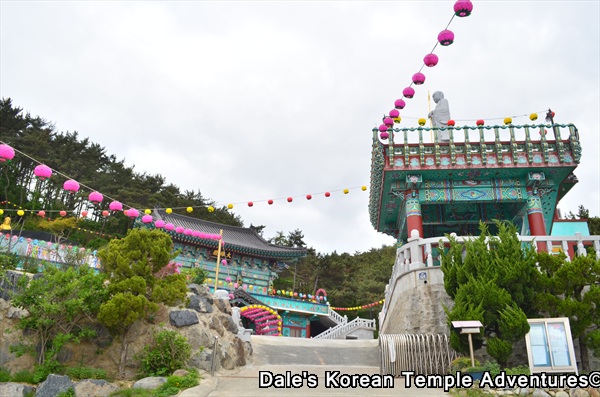 The walk up to Haedong Seongchuisa Temple. 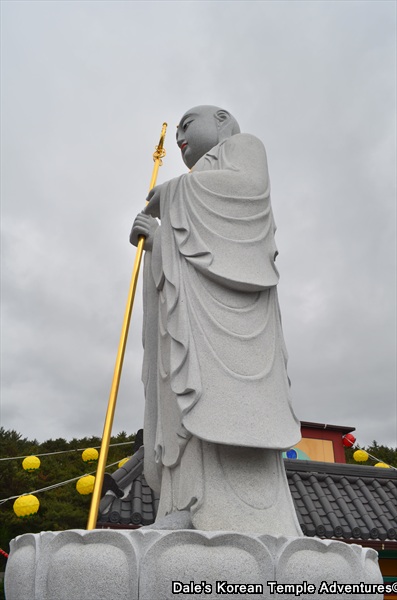 The stoic Jijang-bosal (The Bodhisattva of the Afterlife) that sits on top of the bell pavilion. 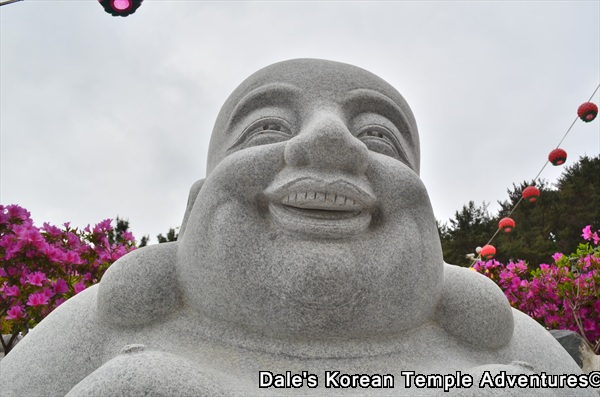 The jovial Podae-hwasang that sits to your left as you enter the temple courtyard. 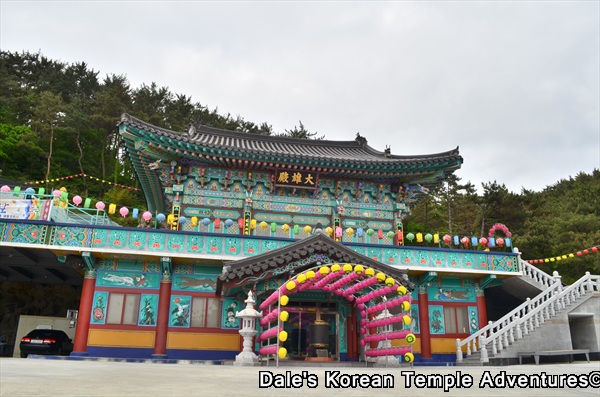 The two storied main hall at the temple. 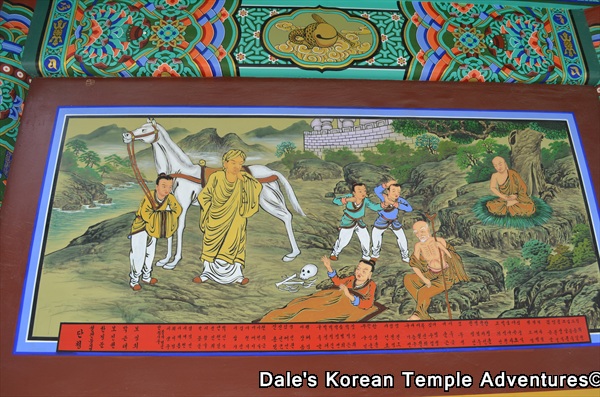 Just one of the highly artistic Palsang-do paintings that adorns the exterior walls of the main hall. 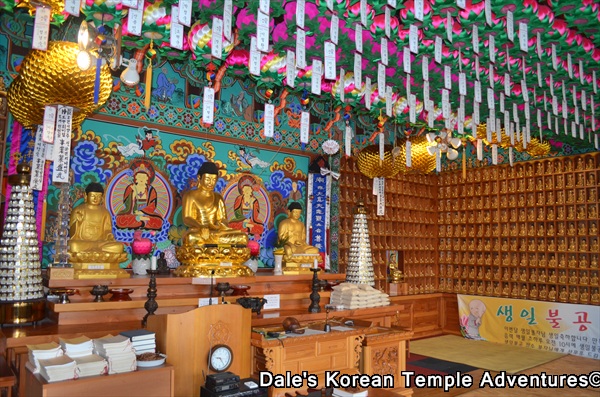 A look inside the main hall at the altar. 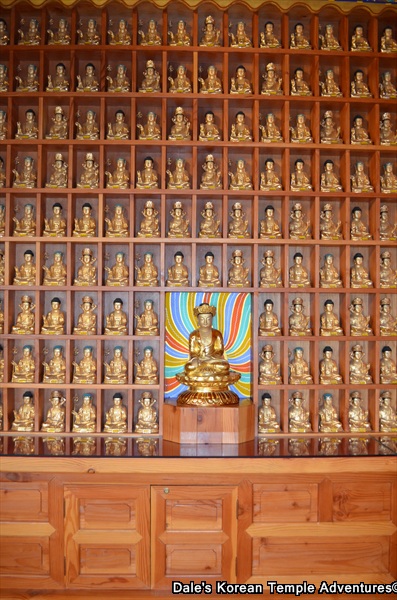 The Gwanseeum-bosal (The Bodhisattva of Compassion) to the right of the main altar with a rainbow of colours at her back. 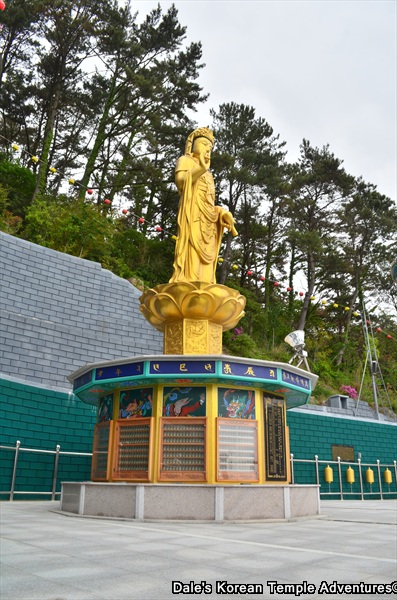 The large golden Gwanseeum-bosal statue to the rear of the main hall. 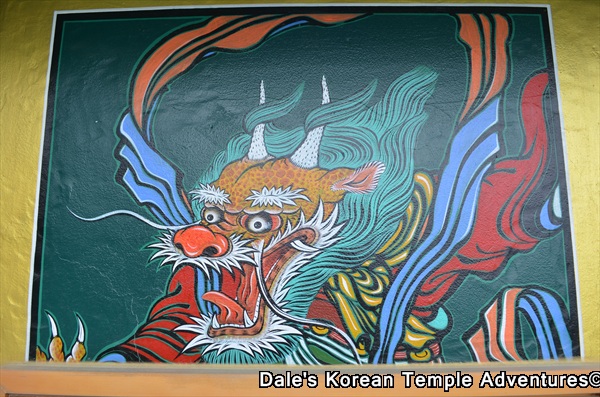 Just one of the amazing zodiac murals at the base of the Gwanseeum-bosal statue. 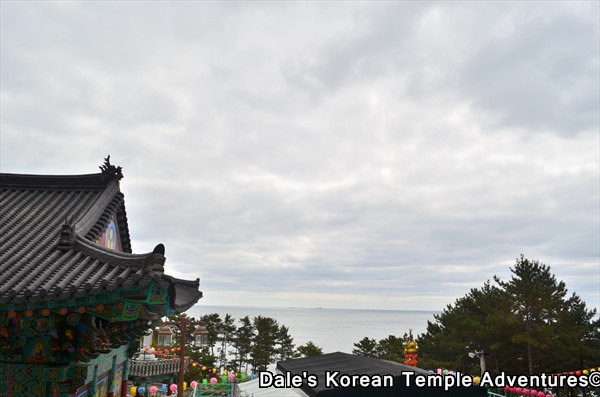 The view from the Gwanseeum-bosal statue with the main hall to the left and the ocean expansively ahead. 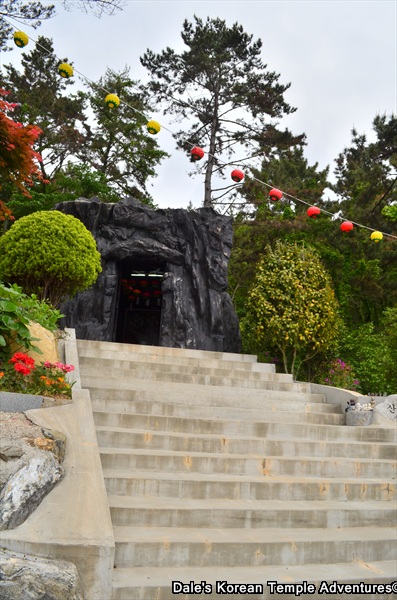 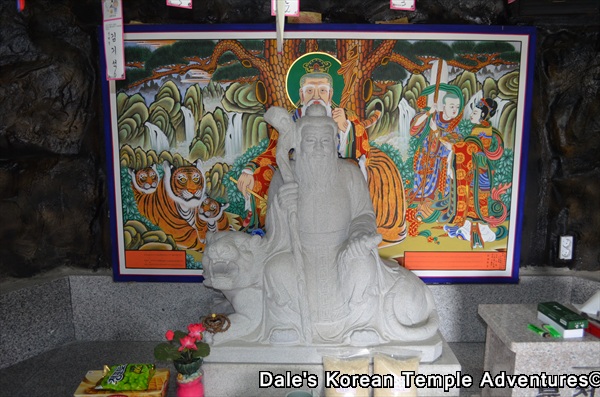 A look at the Yongwang-dang shrine hall. 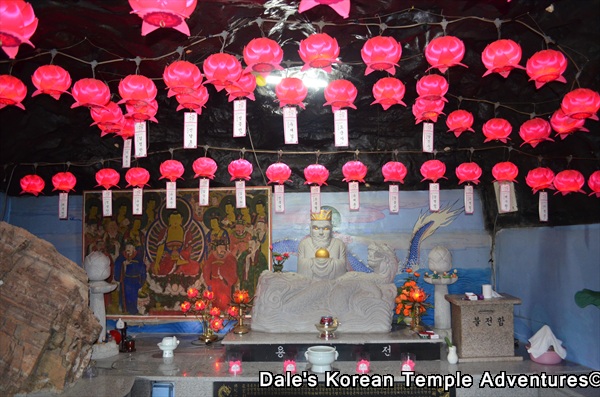 Inside the Yongwang-dang shrine hall is a statue of Yongwang (The Dragon King) to the right and a Chilseong (Seven Stars) mural to the left. 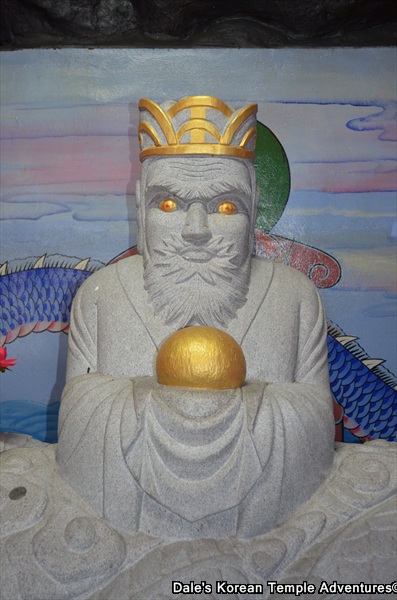 And a closer look at the eerie golden eyes of Yongwang that greet you to his shrine hall.

My All New Fiction Book: Order It Now!!

My Second Book: Order it Now!!

My First Book: Order It Now